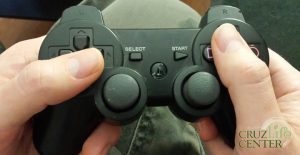 “I would not inflict this game upon anyone.” These are the words of a die-hard gamer as he stares into the computer screen, War of Worldcraft blaring in the background. He gets lost from reality for over twelve hours at a time, neglecting food or bathroom breaks. He is a gamer who has given everything he has for his game and the game is giving nothing back. Game addiction is real, but it is often ignored. The gaming industry is a $66 billion dollar industry and over 12% of it’s consumers are addicted.

Game addiction has only just recently been getting the attention it deserves. Horror stories have shed light on people who suffer from this addiction. One of the worst stories was a couple who played a game where they got depressed from trying to keep their “virtual baby” fed- only to have their real baby starve to death. On another instance a man died of cardiac arrest after a 50 hour game session. How can someone become addicted to a game? Can’t they just turn off the television? How did a hobby become an addiction?

Like all addictions, game addiction has been pointed to levels of dopamine in the brain. Dopamine is released during activities that make you feel good, such as eating. For a gamer, playing the game feels good to them which is what keeps bringing them back again and again. Some gaming addiction experts suggest that people with ADHD or Asperger’s are more susceptible to having a game addiction. However, a study in 2009 showed that 49% play games to “escape” the reality of their troubles and emotions.

Those who suffer from game addiction are often preoccupied by the thoughts of their games. If not able to or allowed to play their game, they become restless or irritable. One boy told a story of how after going 30 minutes without playing his game, he seriously contemplated suicide. He was only thirteen. Some go weeks without bathing, neglect eating, and become withdrawn from friends and family. Today the gaming business is booming with violent games such as Grand Theft Auto, where you can run over people with cars or attack people with a variety of weapons. If games create a false sense of reality, what sort of reality is created for those who are addicted to violent games?

The Link Between Game Addiction and Violence

It’s been an unending debate. Does violent games produce violent behavior? Many have argued that there isn’t enough evidence that supports this. However, the American Psychological Association (APA) has done a study that shows that violent video games cause the person to become withdrawn and alters their decision making process. They become desperate to act out fantasy world they have been consumed with. Though many have rejected this study, the APA insist that this is one of the most researched topics in the field. Violent video games can decrease a person’s sensitivity to violence and promote violent behavior. With this research, the APA is requesting for more parental controls on game that expose children to violence. They also encourage parents to be mindful of what their children are playing.

In the documentary, Love Child, documentarians explore the Korean couple whose baby starved to death while they took care of a virtual baby. It was one of the first instances where game addiction was introduced as an actual problem. The Korean government immediately stepped in, restricting game play. They have now added game addiction to the growing list of anti-social addictions and developed clinic specifically for fighting game addiction. But how successful can internet and game restricting be? The game industry is forever expanding so it’s safe to say that these gamers are not going anywhere. If anything, they are only going to continue to grow. There is not a “one-size fits all” solution to this problem, but awareness is the first step. Game addiction is real and just like any other addiction, it is ruining and even costing people lives.